The story of a day with Grace Knowlton. We live in a spherical world, and Grace’s universe explored the sphere. As a family we have been inspired by her spheres at Storm King Art Center. My youngest daughter Milana began making Dorodango balls and wished to share one with Grace. While attending the Summer Solstice Celebration at Storm King Art Center My husband and I gifted Grace her ball. Grace was so taken by the gift, she invited us to come visit her at her home and art studio. She spent the day engaging Milana who was only eleven at the time. They had more in common than just making balls. Milana had a pet mouse she had saved, and Grace also had a pet mouse in her lifetime and they had stories to share and giggles as they did. At the end of our visit Grace took Milana to the table that she keeps Milana’s ball she made her. Next to Milana’s ball was a beautiful blue ball. Grace picked up that blue sphere, and explained to Milana that she would like her to have one of her balls. This day will be remembered forever and Grace’s ball graces our home. This Was a thank you we made for Grace in 2013. The photographs were taken by me, and the soundtrack written and performed by my oldest son Michaelangelo. We miss you Grace! Thank you always for all the inspiration! 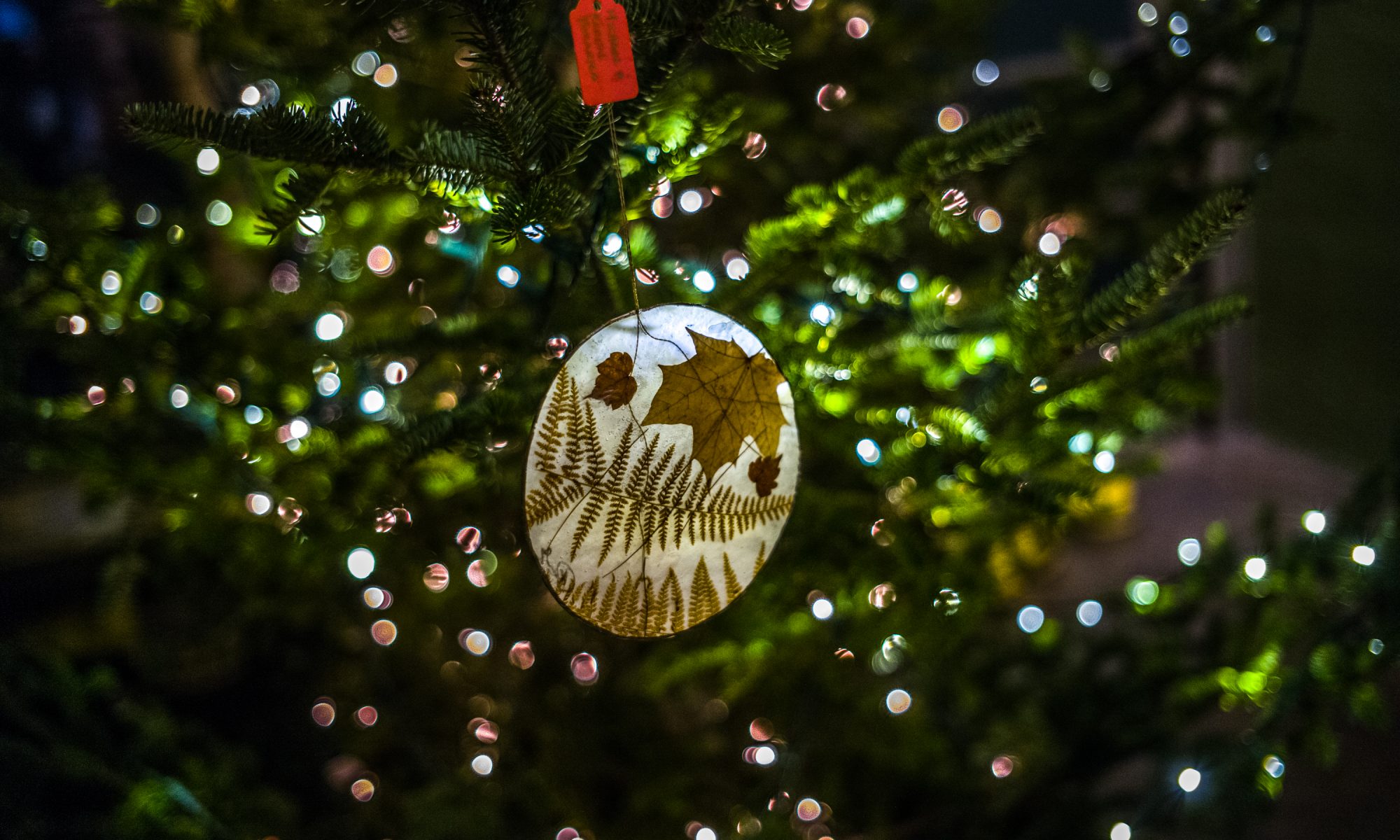 I started a tradition that has become a very important part of our holiday. It began 28 years ago, and as a family we are committed to keep the tradition alive. 28 years ago I decided to make something to send to family and friends that lasted for longer than one holiday, but could be taken out year after year. I decided to would make a Christmas ornament to mail out as our Christmas cards. I had no idea it would be the first ornament of many, that would end up turning into a yearly family tradition that has been going on for 28 years.

I collected fallen fall foliage and placed my collected treasures between large sheets of wax paper with wax shavings and a string to hand them on the tree with. I then took an iron and melted these natural materials together, cooling them just enough to still be pliable to cut the large circles you see here. I finished them with a gold edge. I made almost 100 of them.

A golden tree for 1993, we made a mold to wrap and bend wire around. When completed and taken off the formed mold the wire opened into a Christmas tree. We then dipped them in epoxy to create icicles clinging on the boughs and to make the tree glisten.

In 1994 I was busy with my first born child that would turn one in January of 1995. I decided to keep the ornament simple and collect leaves and dip them in epoxy with thin wires to hang from the tree. I wanted them to resemble leaves blowing in the wind. I also decided that we should all be involved as a family to create a tradition of giving. I placed a huge piece of water color paper on the floor and poured out a bunch of finger paints and let my son Michaelangelo crawl, roll and paint. We cut the paper into small squares and sent them along with the ornament as a card with a photo of him covered with paint inside.